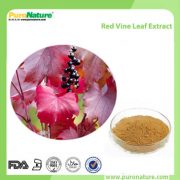 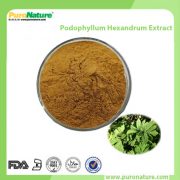 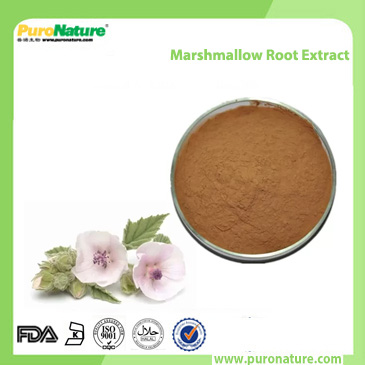 Marshmallow root extract source known scientifically as Althaea officinalis, also named as marshmallow, marsh mallow, or common marshmallow, which is a species indigenous to Africa, and is used as a medicinal plant and ornamental plant. A confection made from the root since ancient Egyptian time evolved into today’s marshmallow treat. 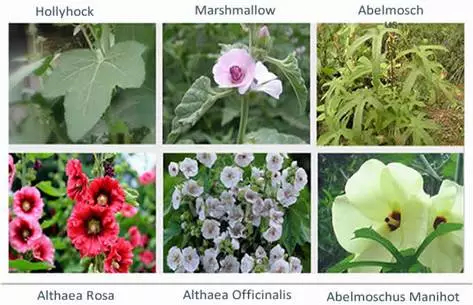 Marshmallow Leaf – the whole or cut, dried leaf of Althaea officinalis L. The leaves have long petioles and are about 7-10cm long, the lamina is cordate or ovate with 3-5 shallow lobes and crenate or dentate margins, the venation is palmate.

The petioles and both surfaces of the lamina are grayish-green and densely pubescent. Rarely, fragments of the inflorescence or immature fruits may be present.

All the marshmallow from PuroNature company is plant in our own farms, which is Non-GMO and free of pesticides. Besides, we have professional equipment for drying, cut and sifted, which can keep the leaves green colors and good odors. Every year the marshmallow leaf yield of more than 50 tons, abundant resources, superior quality.

1.One of the ways it has been used for hundreds of years is a soothing agent for conditions such as sore throats, coughs and other respiratory problems. It can help with relief from pain caused by bronchitis and whooping cough.

2. It is helpful in breaking up phlegm as well. Some studies indicate that marshmallow root extract is an effective product for weight loss. It is believed that the product swells in the stomach and creates a full feeling. It does not burn fat, but can cause people to consume less. In addition to this, it has also been used readily as an aid for diarrhea as well as to minimize discomfort from indigestion.

3. Other studies indicate it is a good alternative to harsher medications for the treatment of gastrointestinal reflux disease and Crohn’s disease.

4. In addition, it can be placed on sores and inflammation on the skin and works as an anti-inflammatory medication. In this regard, it can help to reduce pain and help speed healing. Although you should check with the manufacturer first, some products may be mixed with water and swished around the mouth to reduce bacteria and inflammation there. Small drops may be placed on a child’s gums to help sooth pain caused by teeth.

1. Recently, Marshmallow has been used as an expectorant to treat a variety of upper respiratory problems.
2. Marshmallow reduces inflammation and has a calming effect on the body.
3. Although Marshmallow has primarily been used for the respiratory and digestive tracts, its high mucilage content may also
provide some minor relief for urinary tract and skin infections.
4. Marshmallow’s mucilage content helps soothe inflamed tissues, often caused by bronchitis. Marshmallow also relieves dryness and
irritation in the chest and throat, usually brought on by colds and persistent coughs.
5. Marshmallow has been known to relieve indigestion, kidney problems, urinary tract infections, and even external skin wounds
such as boils and abscesses.