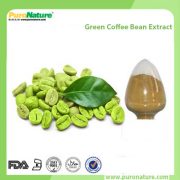 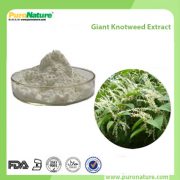 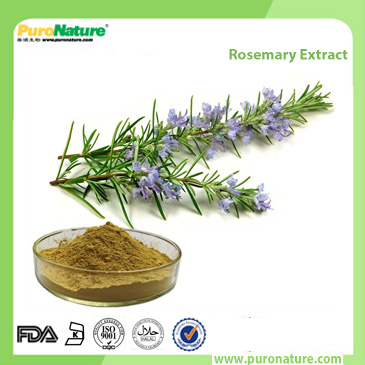 Rosemary Extract Botanical Origin is a circulatory and nerving stimulant, which in addition to the toning and calming effect it has on digestion; it is used whenever psychological tension is present. Rosemary is useful for flatulent dyspepsia, headache or depression associated with debility. Externally, Rosemary oil may be used to ease muscular pain, sciatica and neuralgia. The constituents of Rosemary act as a stimulant to both the hair follicles and circulation in the scalp, and thus may be helpful in treating premature baldness. 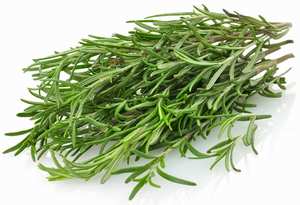 Rosemary can be consumed under the forms of tea, tincture, capsules or ethereal oils. Rosemary consumption improves digestion, fights against obesity, liver diseases, gastritis, cholesterolemia, bronchic asthma, edemas, and adjusts fast heart beats caused especially by irritability, coffee or tobacco excess. Because of its antiseptic and tonic properties, rosemary is extremely beneficial in cases of fainting, influenza, hangovers, asthma, bronchitis, cramps, constipation, cystitis, headaches, polypus, colds, cough, sinusitis or muscular pains. The plant also has a good influence on the blood circulation and blood pressure. It is easily soluble in water or oil.  It is widely used in flavor, beverage and cosmetics. It is also an effective antioxidant and could destroy bacteria.

Ursolic acid, also known as urson, prunol and malol is a pentacyclic triterpenoid compound which is naturally presented in a large number of vegetarian foods, medicinal herbs, and other plants. We extract the Ursolic acid from leaf of Rosemary(Rosmarinus officinalis Linn.)

Research indicates that the ursolic acid has a decent effect on anti-aging, anti-freckle by its anti-oxidant activity. It can prevent the appearance of wrinkles and age spots by restoring the skin’s collagen bundle structures and its elasticity.

As a cosmetic agent, it is stable, the color and odor of which will not be changing easily over time, and has a good sense of touching. Thus, it has been widely used in the health food, pharmaceutical and cosmetic fields as the raw materials.

Rosmarinic acid is considered to be a natural, efficient and stable (high temperature durable), security, non-toxic and side effects, water-soluble antioxidants and a green food additive.

The medical research indicates that, it can eliminate the free radicals that over-produced by the body and annihilate the singlet oxygen to protect the structure of the cell membrane, which can slow down the aging process.

In addition, it can stimulate and accelerate the metabolism of the fat by anti-oxidant activity. Not only can it lower the blood pressure, but it can also promote the lipid compounds to emit from the manure to lose weight

Carnosic aicd is considered to be a natural, efficient and stable (high temperature durable), security, non-toxic and none-side-effects, oil-soluble antioxidants and a green food additive. It can be added into oil and fatty food, pharmaceutical, chemical, cosmetics and feed, etc.In addition to prevent or delay the oxidation process of oil and fatty food, improve the stability of the food and extend the storage time, and be used as meat and fish sauce, it also has good physical and biological activities, such as antibacterial action, inhibiting the AIDS virus ; Carnosic aicd could effectively control body weight by regulating the absorption of fat, to achieve the goal of reducing weight, it also can treat inflammation, sore throats, and indigestion, prevent alzheimer’s disease, it can treatment of diabetes, and to promote the formation of nerve growth factor etc. Carnosic aicd is also tooth.